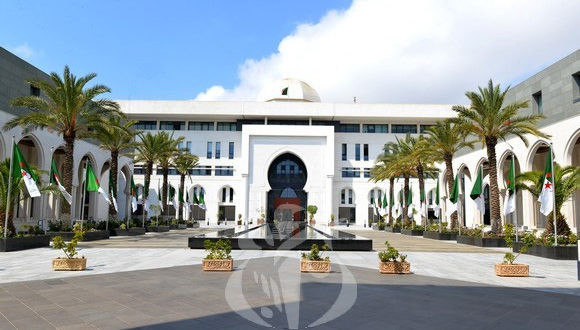 APS : Saturday, 21 November 2020
ALGIERS – Foreign Minister Sabri Boukadoum had a telephone conversation with Secretary General of Union for the Mediterranean (UfM), Nasser Kamel. The two officials discussed the prospects for bilateral cooperation, a statement from the ministry said on Saturday.
“The conversation has been an opportunity for the two officials to review the bilateral cooperation between Algeria and this regional organization, as well as the prospects for its strengthening,” added the Foreign Ministry.
Boukadoum and the Secretary General of UfM also discussed the state of preparations of the 5th UfM Regional Forum, to be held on November 27, 2020.
This year’s Forum coincides with the celebration of the 25th anniversary of the Barcelona process, said the source.

In this regard, Nasser Kamel expressed his “satisfaction with the active and qualitative participation of Algeria in the UfM latest activities as part of the regional efforts to effectively address the socio-economic impacts of the crisis caused by the Covid-19 pandemic.”
Sabri Boukadoum “hailed the UfM efforts during the current health crisis and outlined the efforts made by Algeria in the matter.”
The head of Algerian diplomacy also “renewed Algeria’s commitment to work in collaboration with the UfM secretariat with a view to consolidating and diversifying their cooperation.”
The UfM secretary general is scheduled to pay a working visit to Algeria after the end of the health crisis, said the statement.