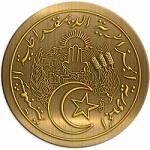 APS : Tuesday, 12 April 2016
SOUK AHRAS- Algerian power lifter Lyes Boughalem seeks to beat his own world record in bench press (271 kg) during the 4th IPF Classic Powerlifting World Championships, to be held in Texas, the United States, from 19 to 26 June 2016, he announced Tuesday.
Boughalem, who is expecting a “very tight competition,” told APS that he has been preparing since September for this sporting event and he will continue training in Souk Ahras, Algiers and France.
During the African Powerlifting Championship, held in Morocco on October, he lifted 271 kg in bench press beating his previous world record (270.5 kg).
The Algerian power lifter also reiterated his readiness to train young athletes.